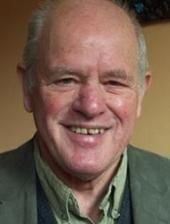 Dr. Mann supervises students in homeopathy appointments at Bastyr Center for Natural Health. He also has been in private practice in Seattle's Capitol Hill neighborhood since 1987.

Dr. Mann has held an abiding interest in Eastern philosophies and meditation since the early 1970s. After pursuing a doctorate in Buddhist studies and meditation at the California Institute of Asian Studies, he became interested in the healing powers of nature, and in 1978 helped found the Pacific College of Naturopathic Medicine.

Dr. Mann has taught at Bastyr since 1997 and was chair of the Department of Homeopathy from 2000 to 2012. He has participated in homeopathic seminars both in the United States and Europe since 1992, and continues to be part of a homeopathic seminar that meets twice a year in Leuven, Belgium.